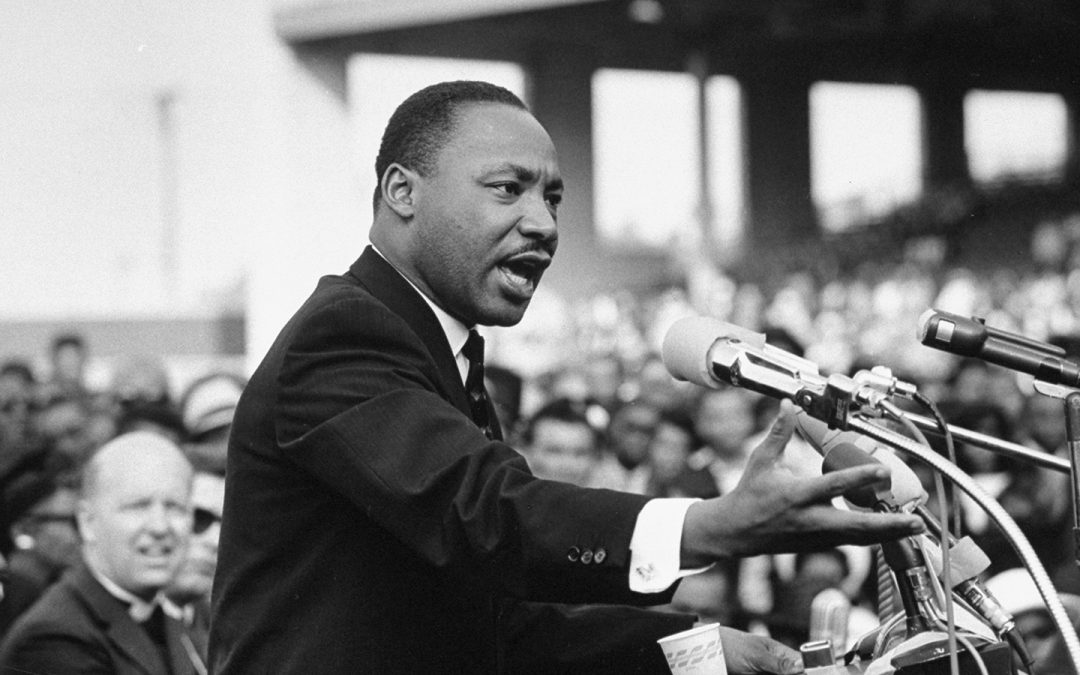 In our third and final instalment of our series on charisma, we’re going to give you some tips and tricks on how to inject more charisma into your stage presence and suggest an approach to speaking that may be new to you.

The story so far…

We’ve explored what makes speakers charismatic and impactful. We’ve considered how charisma can be both a positive and negative force, and we’ve examined how charisma is brought about in a live event. In summary, charisma is not so much a judgement on the speaker, but rather a comment on the relationship between the speaker and the audience; for the successful speaker to master the tricky element of charisma, he/she needs to understand the importance of controlling this relationship, and calling the shots without turning the audience against him/her. (Part of this is realising that you can’t please all the people all the time!)

We also observed that charismatic speakers have status, and make sharing this status accessible to others in an inclusive fashion, sometimes in the face of overwhelming jeopardy. It is, above all else, a powerful bond between speaker and audience.

Let’s look at a few ways of first, gaining status as a speaker, and second, making that status accessible.

Gaining status as a speaker

There are many things that give you status when you walk onto a platform – and many things that can take status away. Preparation is absolutely key: things like checking the microphones don’t feedback when you start speaking, and that you’re properly lit are vital.

When you walk on, you want to look as though you’re supposed to be there. We know of one comedian who specializes in ‘MCing’ (the act that warms up the audience and introduces other acts). Before he goes on, he repeats to himself, ‘I am in charge! I am in charge!’ before stepping in front of the rowdy mob. Your audience might not be rowdy, but it’s a good way of bolstering your mood before you walk on.

Illusionist and performer Derren Brown is particularly good at telling people he’s in charge with his gestures and body language. In Brown’s Evening of Wonders programme Brown’s eye contact with the audience member doesn’t wobble, his arms are wide, expansive, and he looks very confident for someone about to do something apparently impossible.

When it comes to presentation of yourself, of course you need to think about what you are wearing. Do you want to fit in with the rest of the audience – or be ‘apart’? We’ve seen comedians at black tie functions performing in black tie (they feel like they are part of the event), we’ve also seen some wearing a smart suit (which manages to convey they are separate from the event but respectful of it), and others wear street clothes (which looks a bit disrespectful, particularly if they are not a ‘known’ comedian). A call ahead can make sure you match what the other people are wearing – and if in doubt, it’s sometimes wise to have a change of tie or accessory that can make an outfit more or less dressy.

Whatever you wear, you will be sending a message, so make sure it is the message you want to send. If you’re sending out unintended messages, the audience will pick up on these rather than the message you want to send, and you’ll look as if you’ve lost control. Your status will slip, and the audience will leave with a different impression to the one you were trying to convey.

Your demeanour is also important. We occasionally show clients a clip of zoologist Dr Tristram Wyatt talking about human pheromone analysis (over a million views, but not all of them from us) to critique.

We like this because unlike what most people think about presentation training, at PS Programmes we’re not about getting people to ‘show off’. Dr Wyatt’s demeanour is laid back, under-played, almost awkward, but above all, quietly confident as he takes a scientific look at a subject some of us might feel awkward about. We feel, as an audience, that we are getting authentic and hard-won knowledge from Dr Wyatt: everything he does underlines and reinforces his message.

Getting on top of your nerves is helpful to make a first impression. We often counsel that an audience should be on your side – but not worried about you. We don’t think it’s a complete disaster to be a bit nervous when you go on – it gives some speakers a vital spark of pep and energy – but you should avoid the temptation to apologise for being nervous. Nerves are a fact of life, and you can control them to a certain extent. What you can’t do is communicate to the audience that the nerves are in charge of you.

Here’s a tip you can deploy on stage and elsewhere: imagine you are the host of a fabulous party. Champagne in the fountain, Elton John playing the piano in the corner, the great and good nibbling canapés. Just imagine yourself welcoming people to this party, and you will find yourself playing the role of the host: shoulders down, ready smile, hospitable and friendly, yes, but ultimately in charge. This is exactly the attitude to adopt on stage, and if you’re a naturally nervous performer, channeling the energy into giving people a good time is an excellent strategy to go from nervous wreck to actually enjoying your time presenting/speaking.

Back to the practicalities: how are you going to be introduced? You may or may not have control over this. Whoever is introducing you onto the speaking area, whether it’s a big stage or a square of carpet in the corner of the room, should end with your name so that you walk on to applause – but if they fluff this, ask the audience to applaud the person who introduced you and have a punchy, positive introduction for yourself, throwing in a bit of ‘feel good’ for the audience.

For example, ‘Ladies and gentlemen, thank you Rachel… such a busy programme, so I’m grateful to have your time today. My name is John Smith and as CEO of the world’s biggest widget company, I’m delighted to be speaking to you today…’

Step up and be in charge as much as possible. We once saw a presenter struggling with a malfunctioning autocue (a screen which scrolls through the presenter’s script so that he or she doesn’t have to look down at their notes). He went off, and brought his paper script on from back stage. It didn’t exactly get him an applause break, but there was a clear sense of relief that from now on, the event would run more smoothly (and it did). If you know the name of the person in charge of the tech desk (and you should), it’s far better to thank them for getting things back up and running, rather than blaming them for things going wrong.

Think back to the party host tip above: if you’re playing the host, deal with the problem and move on. Nobody wants you to keep bringing up that spilled glass of red wine – or the crackling mic – time moves on and so should you.

Not blaming others is a clue to the other element of charisma: even as the speaker is walking to the centre of the stage, they need to signal to the others in the room that they are all part of the same group. Being nice to the sound desk for fixing your mic is not only magnanimous, it shows your willingness to collaborate with others in an open way, which in turn encourages others to drop their guard. To be truly charismatic, you need to build a strong rapport with the audience – look again at how Derren Brown does it: he is explicitly inviting the audience to join him in a role play game in which he is the mind reader and the audience are the helpless subjects. It’s safe, clean fun, and if everyone believes it, everyone enjoys it. Contrast this with Donald Trump, who built his entire US Presidential campaign on encouraging the people in the room to oppose the ‘other’ which moved into dangerous territory when the use of status and power got physical. This is the dark side of charisma; where the status and power turn into something far less positive.

We’d like to leave you with a final, positive example. Princess Diana was one of the most charismatic women to have lived, and was in the habit of sending ‘thank you’ cards to people she had met or heard from. These thank you notes were long enough to require her to write on both sides of the card. We think this is a very good metaphor for doing that little bit extra for audiences and others: what are you going to do that’s the equivalent of writing on both sides of the card? Sometimes, working out how to be a better speaker can help you to be a better person when you carry the lessons over into real life – going the extra mile, thinking about what the other person really wants (rather than what you want them to want) and leaving people feeling uplifted and motivated rather than back on the starting blocks.

We think these are practical, powerful approaches to take into account ahead of speaking in public: thinking less about what you are giving to the audience and more about what you are sharing with them. Too often we see speeches that are delivered like pronouncements from on high; we think that a good speech is really a dialogue that builds a relationship. This may be an entirely new approach to you, but trust us, a good relationship is better than your script’s best adjectives.

We also think that beyond the conference platform, you can use this knowledge to help your career and personal relationships – by building stronger and more collaborative partnerships, knowing when to lead and when to follow, and using your status to your advantage without treading on other people’s feelings. Use this new power wisely, and remember that your relationship with the audience is far more important than getting delivering the perfect line or sticking rigidly to the script. In the words of Maya Angelou: ‘I’ve learned that people will forget what you said, people will forget what you did, but people will never forget how you made them feel.’