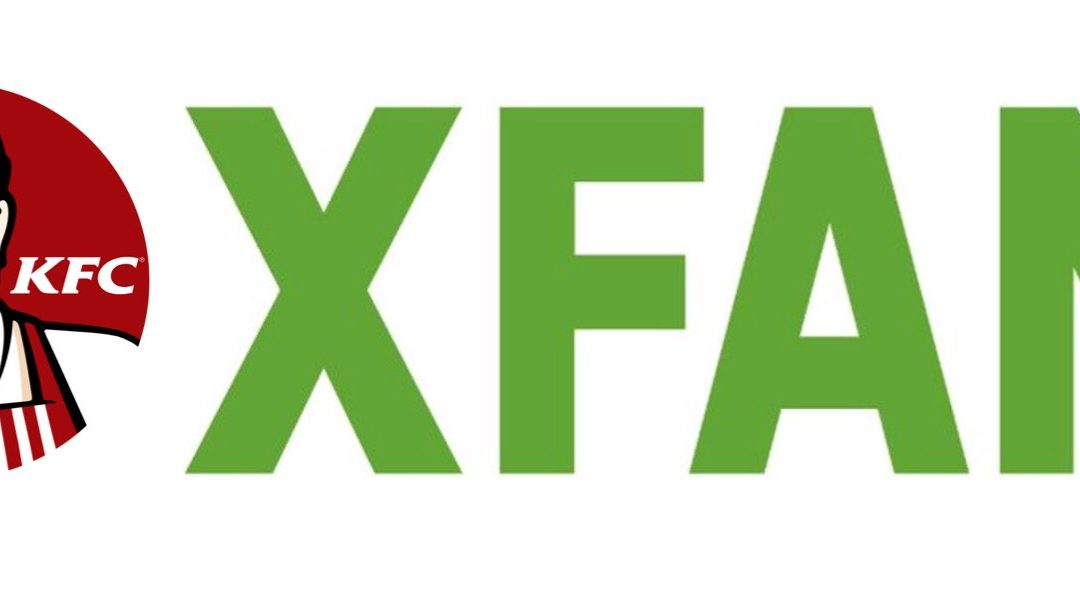 We have three golden principles when it comes to communication: authority, authenticity and audience. Usually, we apply them to speaking in public and giving presentations – but they work well across other communications as well. Forget about where you put your feet on stage and what font looks good on a poster; instead ask if what you’re saying (or doing) is right for the target audience, whether it has the weight of authority behind it, and whether it is authentic.

You really need to get these three things lined up – if your authority wobbles, you’re in trouble. If your message is directed at the wrong audience, it won’t land as it should. And as recent events have shown, if the public thinks your message is less than authentic, it can be catastrophic for your reputation.

So how have two organisations KFC and Oxfam, who have both had their communications in the spotlight recently faired?

KFC, whose supply chain let them down, resulting in closure of hundreds of outlets, have managed quite the trick: apologise for their closed shops in a way that answers the needs of their two audiences: their customers, and the managers. And so, franchisees and the serious papers got a fairly straight analysis of what went wrong with the supply chain, a promise that it would be fixed.

To customers, who care less about the niceties of supply chain logistics, the messaging was simple: a ‘mea culpa’ – my fault! We messed up, and we’re sorry, and we’ll fix things as soon as we can. (They may have kept favour with their customers, but how KFC’s attempts to get staff to take holiday during the shutdown will affect morale is another matter.)

‘FCK’ was a smart response which didn’t lessen the serious nature of the incident, but it also understood where the message was going to land: social media. For all the grumbles about #KFCClosed there were a good many positive retweets of the #FCK graphic. Damage to the brand, we felt, is limited, because often we only see a company’s true colours when things go wrong, and the ‘we’ve had a hell of a week’ line is deliberately in tune with a non-corporate audience. We’ve seen a bit of pushback on the messaging, but only from PR professionals, who probably aren’t the target demographic for the apology.

No, damage is likely to hit DHL who were responsible for the delivery failure. Even if the general public haven’t noticed this, DHL’s big customers probably are all too aware of where the blame really lies. Within days of taking responsibility for deliveries on 14 February, the company ran into difficulties: ‘By 16 February, KFC had started to shut down locations after managers complained of delays to deliveries and by 18 February only 266 of 900 restaurants in the UK were open.’

Oxfam’s problems are more serious, and not just because allegations of widespread sexual abuse are harder to take a superficial ‘we messed up’ approach with.

If the allegations weren’t bad enough, Chief Executive of Oxfam, Mark Goldring, went on to make a glib comment about ‘murdering babies in their cots.’

Given the #MeToo movement, this struck precisely the wrong note for a nervous public, not to mention the people who donate and the aid workers who are grafting on the ground. Their good faith has been given a severe bruising. Further down the line, it’s harder for Oxfam to take the moral high ground on issues such as Fairtrade and justice.

When the story of sexual exploitation in the aid sector became big news, Chief Executive of Oxfam, Mark Goldring, was among several to speak on the matter to a Parliamentary Select Committee.

His opening statement was an apology for the ‘murdering babies’ comment but by then, the damage was done. Talk of ‘seeing a company’s true colours when things go wrong’ is profound here because things rarely go as wrong as they have for Oxfam. The whole incident had shades of BP’s Tony Hayward wanting his life back about it. The result of that incident was a fine in excess of US$20billion.

The BBC has reported that over 7,000 regular donations to the charity being stopped in the wake of the scandal. These may be the tip of the iceberg.

Jokes are not, contrary to popular belief, lies. Jokes have a truth about them. Jokes often say something about a subject that it is too painful or difficult to address directly. Beware the joke: if the underlying message of the joke contradicts the press release, it will be taken as the truth, and the official version will be taken as a cover up.

Given two competing narratives, do not be surprised if the media seize on the less flattering version of events. Shoppers, when browsing the charity shops on a high street, could be forgiven for giving Oxfam a miss.

The lesson is, when you’re the spokesperson for an organisation, nothing is off the record. If you can’t trust yourself to say something, perhaps it is better to say nothing at all. ‘No comment’ isn’t always a great first response, but if there is already a statement available to the public, it doesn’t necessarily need elaborating on unless events change.

Meanwhile, a printed apology on A4 is tacked on the door of our local Oxfam shop. Soon, KFC branches will be buzzing again. Oxfam may now be a name that is permanently tarnished. (Charities do change name; the Spastics Society, which we don’t even like writing, changed to Scope when they felt their name was ‘holding them back’.)

But it would be a real tragedy if the legacy of this week were the damage to Oxfam’s reputation ultimately impacted in the people who the charity was set up to help. Mr Goldring’s unthinking comment may be felt hardest by some of the people in the world most in need of aid.

Whether you about to appear on TV and radio, gearing up to speak at a large scale event, pitching for new business, or simply improving your one on one communication skills, we can help. Our team all have a hands-on connection to live events and the media, it’s our practical experience that will help you perform at your best.