How to handle a tough crowd 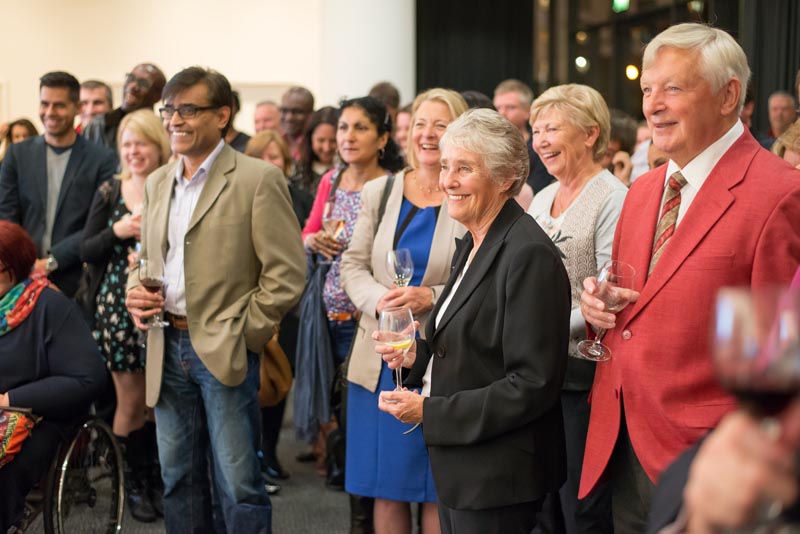 Stand up comedy is the bear-pit of public speaking. On the average club night, you’ll typically see between three and five acts, some of them pros and some of them newbies, all trying to achieve one thing: audience laughter. If public speaking is up there on popular phobias (if phobias can be popular), ‘stand up comedian’ is a job description that has fear running through it like a stick of rock.

We always counsel that audiences are by and large on your side, and want to see you doing well. This should be the case on a stand up night – people have chosen to come out, paid to get in and should be in a convivial mood, after all – yet sometimes these audiences really have it in for an act. Why?

PS Programmes had a mole in one such club at the weekend, and, being in restless pursuit of excellence, took note of the goings-on. The first two comedians struggled. Really struggled. The room was a tricky shape, there were a couple of rowdy tables, one on the extreme left, one on the extreme right. The bar was at the back, open throughout, and people were chatting to each other while they waited to get served. There were heckles and noise, and a couple of groups of friends giving a disparaging running commentary to each other while the act struggled up front. It was all a world away from the polite attention of a conference audience. ‘I wouldn’t say it’s an unplayable room,’ said the first performer when we caught up with him afterwards, ‘but it’s tough, and they are not up for it tonight.’

So it was interesting to see the first act of the second section come on after the interval when the audience was, if anything, slightly drunker, more involved in their conversation, and digesting the food that had been brought out at the start of the night. The response of the audience to the acts of the second section were markedly different. Looking around, our spy noted the six noisy plumbers on the far left and the eight chatty blokes on the far right had stopped pointing inward towards each other around their tables and were directing their attention at the stage. The bar was doing business – quietly. There was no chatting at the back. Not everyone laughed at everything, but the act finished to big applause. The following performer was a musical character act, and also had the full attention of the audience – including from two people who clearly weren’t enjoying it, but crucially, they weren’t chatting among themselves and distracting those around them.

What happened? The glib answer is that the second two comedians were more experienced than the first two acts – but that merely raises more questions. What difference does it make? What did they do that the others didn’t? Fortunately our mole made notes, and the findings take us closer to revealing the mysterious quality of ‘stage presence’.

1. Status
Stage presence is really about status: as the focus of attention, you are taking the high status role. When a performer – or presenter or speaker for that matter – undermines their own status and authority, there is a power vacuum which makes the audience uncomfortable – or if they’ve had a few drinks, jump in to fill it.

The first act to win the room was wearing a suit, while the first two were in jeans and shirt sleeves. The fourth act was in costume. Before they got on stage, they were both playing the high status role with their clothing saying ‘I’m supposed to be here’.

Here are some interesting findings on dress:

We always advise that you should wear what is comfortable, but that doesn’t mean rolling up in your onesie. It’s not comfortable to feel that the audience is against you from the get go. It’s better to be in the position that you feel you ‘look the part’ – even if nerves mean you don’t quite feel it. Which brings us to…

2. Show No Fear
Easier said than done, we know, but audiences will feel uncomfortable about a performer who is displaying nerves. The audience want the person on stage to be in control. Looking like you are supposed to be there is a good start, and deep breathing before you go on will help to stop the voice from wobbling. We often use the analogy of driving a car to describe the hundred things that a good public speaker (like a good driver) does without thinking about it. Rookie speakers are like learner drivers – and the audience are passengers: the more experienced the driver, the more relaxing the journey. Our successful comedians were not in a rush to start, took the stage in their own time, looked around and engaged with the people in the room, which brings us to…

3. Eye Contact
A good speech should be a dialogue between the person on stage and the audience. The easiest way to establish rapport with an audience is to look at them, get eye contact with the furthest corners. The first acts of the night played only to the front of the room, who were engaged anyway – and lost the people at the sides and back. The third act did little more than look to the people in the far corners when he got onstage. ‘I’m watching you,’ he seemed to be saying, and had the expectation that they would listen to him. Through the third and fourth acts, both performers did a lot of reaching out to the furthest parts of the room so that the audience didn’t feel they were being ignored. There was nowhere for the audience to hide!

Here’s an interesting article from Forbes:

A cool, relaxed look will tell a potential heckler not to bother and head off the majority of problems at the pass. All heckles are attempts from someone in the audience to get one over on the person onstage. The higher status the performer has, the less likely it is that the heckler will try to match them. In most speeches you won’t have to deal with hecklers, but you might have people in your audience quietly dismissing what you say. What it boils down to is…

4. Authority
Being in charge isn’t quite the same as having status. Status is an unspoken contract: ‘I have the floor for the next twenty minutes’ is fine: status disappears when the performer doesn’t have rapport with the audience and out stays their welcome. This can happen very quickly. Authority is what keeps that status high. If you take a quick poll of what people think about the idea of going onstage to tell jokes, they will likely tell you that they wouldn’t want to do it. Our successful comedians projected a message with their demeanour before they opened their mouths to speak: ‘I’m supposed to be here, I’m relaxed, confident, and professional. If you are with me we will have a good time.’ There is a lot of talk of ‘winning the room over’ – which makes it sound like a battle of hostile wills. We think it’s more the case of getting the audience to want to like you – and then they will.

We often say that speaking in public is a key leadership skill – here’s an article that agrees the signifiers of authority on stage are the same as those in day-to-day interactions:

Conversations with both the acts afterwards revealed them not to be the sort of nightmarish egomaniacs that the above paragraphs might suggest. Which shows that you can put your ‘performance hat’ on for when you’re onstage. ‘They might seem like a nightmare audience at first,’ said one of the acts, ‘but it’s up to us to give them a good time. In many ways, at least you know where you are with that sort of audience. If they don’t like something, you soon know about it, so I guess they are more honest than a crowd that gives you polite applause when they didn’t really like what you did.’

Whether you have ambitions to tread the boards of the Apollo or not, watching comedy is a really good exercise if you want to improve your speaking: the problems that every speaker faces are amplified in the comedy club. Bad sound, bad lighting, a difficult room layout, too much or too little refreshment and myriad small factors may kill the laughs stone dead. A laugh is the most obvious sign from an audience that they are enjoying themselves. But the tricks of the comedian’s trade – rapport, nerve control, authority – will serve any speaker well, whether you are telling gags or sales figures.