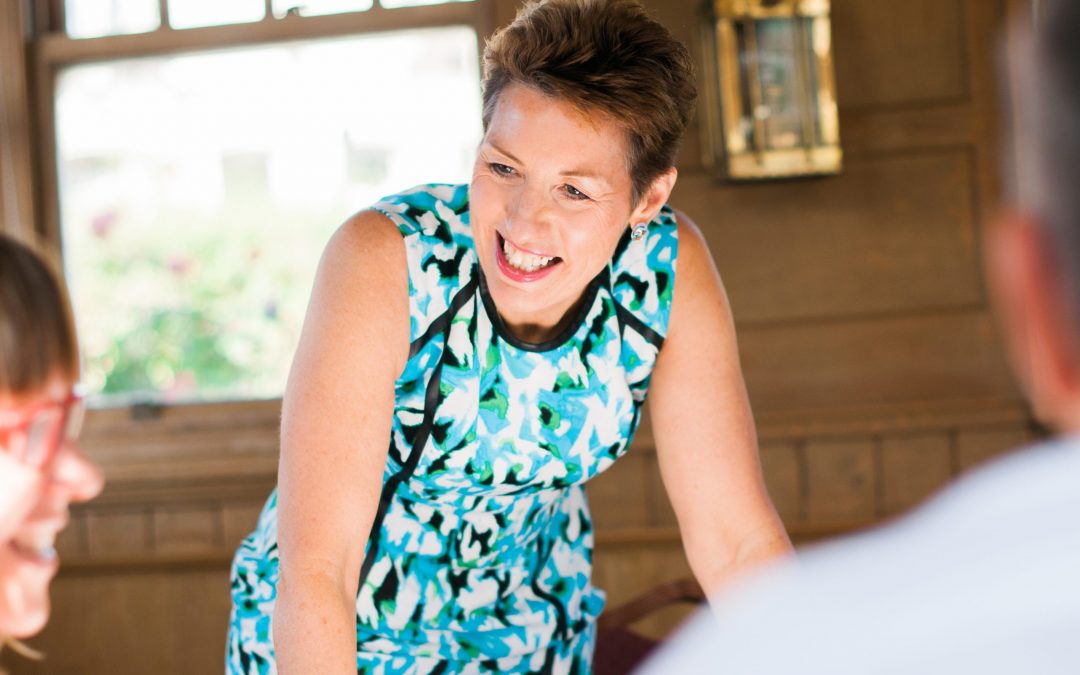 To continue our celebrations of the 75th Anniversary of Desert Island Discs in 2017, we are casting away another member of the PS Programmes team this week to the far-flung sandy shores of the BBC’s mythical desert island.

Before we introduce this week’s castaway – a recap for anyone not familiar with the Desert Island Discs format: in each episode of the programme a guest is invited to choose eight recordings they would most like take with them if they were to find themselves stranded on a desert island. Guests are also given the Complete Works of Shakespeare and either the Bible or another religious or philosophical work. They are then invited to select a third book and one luxury item to take with them.

Our castaway this week is… Denise Fryer

Denise is an experienced facilitator and business coach specialising in personal development for both the UK and overseas markets. For over 25 years, she has been partnering with individuals, teams and organisations to help achieve their goals.

Denise designs and facilitates programmes on leadership, influencing skills, personal impact and team skills. In addition, she coaches senior managers and executives on a one-to-one basis, helping develop their personal effectiveness in managing people and teams.

Denise has taken on many long-term projects with large global organisations and these include BT, RSA, Marks and Spencer, British Airways, T-Mobile, dunnhumby, Swarovski and BP.

Denise is a certified trainer of NLP (Neuro Linguistic Programming), as well as being a Certified Consultant and Trainer of Language and Behaviour (LAB) Profile.

In a Lifetime – Bono and Clannad

Denise says: I heard this song when attending a Neuro-Linguistic programme run by David Shephard of The Performance Partnership. David has a fabulous ear for music (he loves it) and he played this track and I fell in love with it.  It’s so beautiful and haunting and Bono’s voice is amazing. I love the fact that U2 does ‘folk’ which produces something timeless. I can listen to this track over and over and it has the capacity to let you be in the music.

This has always been my favourite song since the first time I heard it. It reminds me of my teenage years living in Cyprus and the summer parties we used to have when more friends who had been at boarding school in England came back for the summer. The guitar solo by Carlos Santana at the beginning starts so slowly and builds… he is a master of the guitar. I loved the Abraxas album and when all those years later he released Smooth I was hooked again – not that I think I was ever unhooked.

I chose this, not because of his recent passing, but because it’s always been a favourite of mine – his voice tonality and quality is fabulous. I love to sit with this turned up really loud and just get lost in the song …so full of emotion. I saw him live at the opening concert for Wembley Stadium and he was even better live. This was at a time in my life after my divorce when I was exploring a new relationship so I did have a bit of a ‘Bridget Jones’ playing this at every opportunity! Still love it.

This is taken from Seal IV one of my favourite albums. My brother in law is in the music business and I can remember when Seal first came on the scene him saying it was the best live act he’d ever seen – I’ve seen Seal live many times and he is an absolutely stunning performer. He did a great concert in the grounds of the Tower of London – amazing.

I loved Cat Stevens albums when I was a teenager living in Cyprus – I got each album as it came out. Apart from all the classic tacks I loved this one from Teaser and the Firecat. As I went to school in Cyprus I learned to understand and speak a little Greek Cypriot. I learned to read the alphabet and could read the subtitles on all the English and American programmes on the television… I used to surprise some of my friends when they spoke in Greek and I joined in the conversation having understood what they were saying!! This song has a Greek verse and I was very please with myself that I could sing it and understand it.

Zorba the Greek – Herb Albert and the Tijuana Brass

Still a bit of a Greek theme going here with a song my dad played over and over again when we lived in Cyprus (he was a football Manager for a Apoel, a local team, and the Cyprus National Team having been a goalkeeper for both Manchester United and England). He had a great sense of humour and loved nothing more than putting this LP on and doing his Zorba dance… a hilarious party trick. He also learned a little Greek and his most impressive was ‘toothpick’ (odontoflyfis) which he said with a really great English accent!

My mum always loved music so it would be playing most of the time at home. She had a big Tom Jones collection – the man of the moment – and lots of Broadway Shows and films, however, this Ella Fitzgerald track stands out as one I remember playing a lot. Ella Fitzgerald’s voice is really warm and the track almost haunting. I wonder if she played it because my dad was often either away playing football.

I’ve always loved fabulous guitar music and think Jose Feliciano is where this love started. I love this track as you just want to sing along and you get lost in the music. I’ve just booked to see him in November as he is touring with Jools Holland so I’m looking forward to being lost in this music again. This track feels like it’s always been with me throughout my life as a constant – since I first heard it I loved it and to this day I still do. There are some things in your life that are important to you at particular times of your life and you move on from them – this isn’t one of them. It still reminds me of the impact one person’s creative output can have on others, how there are some ‘designs’ that stand the test of time and are enduring ‘works of art’ and it reminds me of my teenage years exploring who I was.

This is quite a challenge as I was brought up as a Catholic and attended a number of convent schools. I think the learning and repeating of the Catechism for much of my youth turned me off anything I deemed ‘religious’! The closest to the philosophical arena would be Herodotus, a Greek historian, which I read whilst at school in Cyprus – he was a great storyteller and I loved his books. I remember primarily him recounting tales from Egypt that were captivating. I could get lost in my own thoughts reading his books – this is what philosophy is about… being able to think… and ask good questions.

Denise would also take Shantaram by David Gregory Roberts. I was on a trekking tour in Bhutan, we had two tour guides, one Bhutanese (Pema) and one English one (Tom). Tom spent a lot of time away with his job so he read a lot, as did his family, so I remember talking to him about books and he said this was one of the most amazing books he’d ever read. That was enough for me so I ordered it – it’s quite a big book so I was hoping he was right! I could not put this book down, have recommended it to many others subsequently. It’s about a Kiwi, David Gregory Roberts, who escapes from jail in New Zealand and ends up in India. The book charts his adventures (and there are many and risky) and his finding himself – the storytelling is amazing, the landscape in your head as you read it seems to come alive so you are there. One of those defining books you read that lingers with you long after you finish reading it.

I have loved jigsaws since I was a child and my sister and I used to always do a big special jigsaw at Christmas time – we’d be up for hours moving it on. Ideally if I could have a digital version and a plug to charge up my iPad that would be hours of entertainment while I’m on my desert island. If that’s not allowed then a really big 1000 piece or more jigsaw of a piece of art like Kandinsky or the like would not only give me something to keep my brain active but something gorgeous to look at before I broke it down and started again.