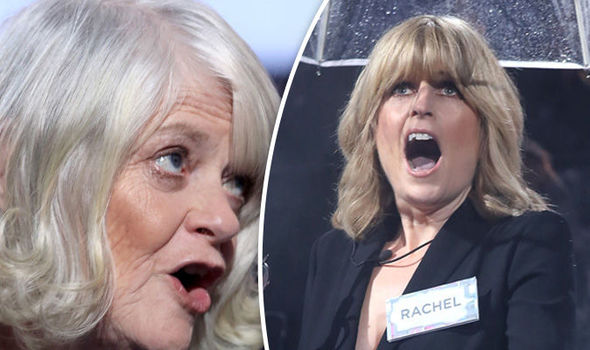 Women are ‘in’ which comes as a shock to those of us who never realised we were ‘out’. ‘Feminism’ is the Merriam-Webster Dictionary’s Word of 2017. And the women who have broken their silence over sexual harassment are Time Magazine’s ‘Person of the Year’.

From the highest cultural markers to… the Celebrity Big Brother house. This year the reality TV show has kicked off with a women-only household.

Big Brother’s selling point is that there is a sense of authenticity about the programme: the standard Big Brother show invites us to find out about strangers. Celebrity formats promise to tell the viewer who the real person is behind the stranger we think we know, either revealing the public mask – or sometimes discovering that it isn’t a mask at all. People who do well at these shows are not the nicest or the smartest; they are the ones who are most of themselves.

We haven’t had to wait long before the first housemate made a headline for something they’ve said. When someone says something out of turn and causes offence – and there seems to be an ever-growing list of things that can cause offence – there is nowhere to go.

But is the all-woman household a gimmick? Yes of course it is. Eight men will be joining the housemates shortly. The rumoured guest list includes retired footballer John Barnes, a living Ken doll and a drag act (for the removal of all doubt, those are three different people), though it remains to be seen which (if any) is going to take the role of unreconstructed sexist that John McCririck so ably filled when, in the words of an industrial tribunal, he demonstrated ‘his self-described bigoted and male chauvinist views, [which] were clearly unpalatable to a wider potential audience.’

But before the male housemates show up, there is every chance that the women will showdown more. Not because women are inherently more argumentative, but because the housemates have been picked for conflict: staunch Catholic Ann Widdecombe has already rubbed transsexual India Willoughby up the wrong way, and if journalist Rachel Johnson can hold her own whilst growing up with her brother Boris, she is practically guaranteed to give as good as she gets, whoever is dishing it out.

Conflict is how it works. Conflict is the fastest way of telling a story, because it’s easy to define yourself when you’re in opposition to something. Unfortunately, conflict is also a very bad way of getting new information across: televised discussions rarely change minds, because we tend to latch onto the parts of an argument we agree with and ignore information that contradicts the view we already hold, particularly if presented in a format where one side must win and the other must lose. So, if you’re being needled into a strong reaction, pushing back just as hard might not be the best way to win people over – however satisfying it might be in the long run.

When we are training people for crisis media management, we conduct ‘mock interviews’ with realistic scenarios in which they are given both tough questions from an interviewer, and another hostile guest. It’s hard to keep your cool when you’re being berated on all sides, with the audience represented by a cool, unblinking camera lens. Conflict is the basis for drama because it is what brings out a character’s true qualities We find out how far they will be pushed, what they are prepared to stand up for, and how tough they really are.

In drama, the writer has the opportunity to save their hero from overwhelming odds. In real life, the interviewer and the hostile guest are not going to make you look like a hero if they can help it.

Here are our top tips for these most difficult on-screen encounters:

Next time you’re watching a news interview, or indeed any interview that’s a bit ‘edgy’, think of these rules. And if Big Brother is more your thing, look out for conflict, and look out for which housemates are familiar with these rules – and which ride roughshod over them. Keeping your cool under pressure is hard work and requires a lot of concentration – which, unlike the Kardashians, isn’t something anyone can keep up with indefinitely.

Our bespoke programmes are designed with your needs in mind; so whether it’s gearing up to speak at a large scale event, pitching for new business, or simply improving your one on one communication skills, we can help. Our team all have a hands-on connection to live events and the media, it’s our practical experience that will help you perform at your best.