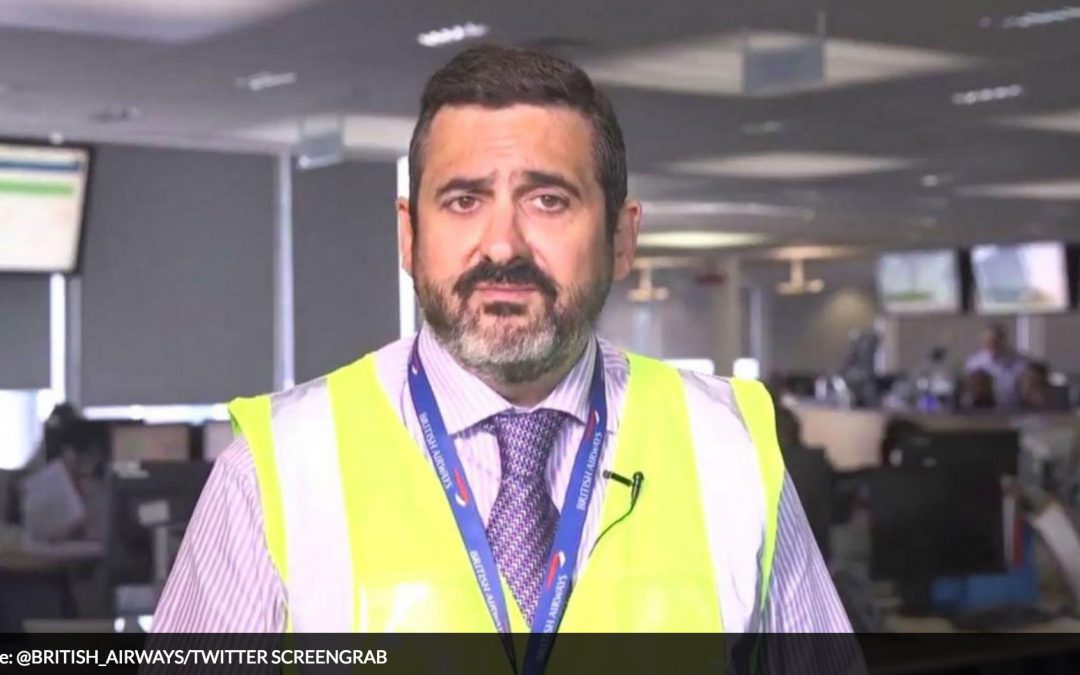 It’s long been the habit of this blog to seize upon a big news story and dissect the PR surrounding it: Deepwater Horizon, Alton Towers, Samsung, Hotpoint, you name it, we’ve chucked in our two cents. And the latest showstopper – British Airways falling foul of a computer glitch which left thousands of travellers stranded in airports around the world. More of the same from us? Not this time – so read on.

Our approach to crisis communications – in fact, our approach to all communications – is to be ‘joined up’: you have to align your message with the reality of the situation and the action you’re going to take. Don’t say you did something you didn’t do, don’t say you will do something you won’t do, and don’t say anything that is obviously at odds with the facts as they are currently known. The story is the important thing; Marie Antoinette never did say ‘Let them eat cake’ but the story was too good not to stick, and she unfairly remains the Patron Saint of Crisis Communications.

Trouble at the top

Today, BA chief executive Alex Cruz is in the firing line. His arrival with a CV full of no-frills airlines brought with it a series of cost-saving measures including changing the dining provisions and moving BA’s IT services out to India. They do say that no civilisation is more than two meals away from anarchy, so tinkering with the in-flight catering was always a bit of a risk, but that was merely a distraction from the chaos that only IT can bring to an international organisation as complex and regulated as BA.

Cruz hit the news with a carefully worded explanation of events. While we appreciate that it’s difficult to get information out, especially in a crisis, the big complaint from the ground on the day was that nobody told passengers in the terminals what was happening. Twitter is great, so long as you have a connection, data allowance for the country you’re in and a charged phone (we’ve long advocated that in the event of a delay, the smartest thing for an airline to do is to make charging your phone easier).

The more you examine Cruz’s statement, though, the more it falls apart: being in the ‘operations centre’ could be read as being at the heart of where the problems are, being hands-on. Except, of course, the problems are a quarter of the way around the globe; it doesn’t matter how much activity is happening here if the problem is there. It looks good – until it occurs that maybe it’s disingenuous (rather like the high-vis jacket).

And then of course there is reading between the lines of the statement; promising to give ‘full refunds to customers who no longer wish to travel’ is one thing; what about covering the costs of those who DO wish to travel, and have to make their journeys by other means?

We found out the hard way that taking the initiative sometimes doesn’t pay off; following the emergency landing of BA flight A319 from London to Oslo, one of the PSP team had to book another flight back to the UK from Oslo with SAS to meet a commitment rather than waiting for BA to sort out alternative travel arrangements. A year later, the claim still wasn’t settled, and ultimately we never did cover the cost of the additional flight, let alone the time and trouble it took to badger BA into paying up.

So something rings hollow in these careful statements intended to reassure and inform. But you don’t need to listen to the words being spoken to know that there is definitely something off kilter about that high-vis jacket.

Communications have a grammar all of their own – and when something is out of place it can feel ‘wrong’ without us always knowing exactly why. The high-vis jacket was one of those things that captured the imagination of social media: why was Cruz wearing it in the office?

Perhaps the more cynical viewer may have thought it an affectation, like George Osborne’s hard hat or talisman like Andrew Mitchell’s ‘plebgate’ bicycle.

This is a classic case of something not looking quite right, something out of place that prompts people to look closer at what else might not be completely aligned.

‘Alignment’ is one of those things that you can only fake for so long until you’re found out. Think of Trump’s White House, which is an object lesson in how not to do communications. The press office says one thing, and the President humiliates them shortly afterwards by saying something else.

Spokespeople exist for a reason – to take the burden of communications off the shoulders of the people making the decisions. When the decision-maker – Trump in this case – ‘goes rogue’ and changes the story, they create huge problems, because they damage the credibility of the spokespeople.

Human brains love stories, and if the story is ‘this person can’t be trusted to tell the truth’, it’s a difficult reputation to shake off. Quite apart from making the communications team at the White House look as though they don’t have the trust of the President, it damages relationships that may have taken years to build; it looks like they are telling lies.

But, back to Cruz and his high-vis jacket.

It’s often been said that PR is an art form, and like the best art, to compromise the vision is to detract from the whole.

Perhaps Cruz hoped wearing it would make him look like a man of action, leaping between the tarmac and the boardroom with ease, if not hard core aplomb. The trappings of manual jobs can make someone look hands-on and involved.

Or maybe, as one Twitter-wit had it, he looked more like he’d been handling the baggage.

We are reminded of the late Alan Rickman’s line in the under-rated sci-fi comedy Galaxy Quest: ‘Need I remind you that this man is wearing a costume, not a uniform?’

There is a real difference between the two: a uniform gives you credibility, and a costume doesn’t. A uniform, be it that of an admiral, traffic warden or baggage handler, comes with authority. And it also depends on the person: when the Queen wears a crown, it’s a uniform. When we wear a crown, it’s a costume.

So why did the high-vis jacket ring alarm bells? Surely it’s standard-issue uniform for anyone trying to avoid being run over by a taxiing aeroplane? It’s to do with alignment: the story is that BA have been slashing costs and sending the IT systems overseas. The unexpected appearance of a high-vis jacket in an office (where the uniform is a suit and tie) didn’t merely suggest something was out of place; the subtle impression was that the CEO was also preoccupied doing things that he should be leaving to some other person.

And being CEO is already a full time job.

The very worst-case scenario is that Cruz put on the jacket not because he genuinely had to be somewhere that required it, but because he thought it would give the impression that he was more hands on than he actually was. The problem was IT; his outfit didn’t match the thing that should’ve been occupying him. If there had been a problem with baggage handlers, perhaps the jacket wouldn’t have been such a misstep.

It’s refreshing, after so many front-page stories about what women are wearing on red carpets, to have a man’s wardrobe choices pored over. Fortunately, after the storm of Cruz’s high-vis jacket, his embarrassment isn’t likely to be further compounded by anyone else turning up in the same outfit.

What the debacle has done is throw the spotlight onto BA, and what it shows isn’t flattering: an IT system in chaos, customers unhappy with the standards of service, and a brand that’s built on quality now cutting corners. BA’s bill for putting things right with customers could top £100 million though this might be little more than a down payment if BA is to prove it’s still a world-class airline brand worth paying a premium for.

BA seems yet to fully get a grip of the situation. Consumer group Which? has weighed in on this issue, telling BA that they should automatically give compensation to passengers, rather than making them fight for it.

With the compensation bill projected to run to over £100 million, it’s in the interests of BA to take advantage of the 70% of airline customers who have a right to a payout not claiming. BA may have ‘no desire to be obstructive,’ but neither is it going to push money into disappointed people’s hands. Our PSP colleague, with the year-long compensation claim brought back to memory, had a few comments on this, which are best left to the imagination.

The other strand of crisis management is to take control of the situation, and here, again, BA has made things worse with advice on their own website for passengers to contact their travel insurers to discuss compensation claims.

The Association of British Insurers (ABI) says the advice is confusing. ‘Those affected should seek compensation, and any refunds, in the first instance from British Airways. Any cover available under travel insurance will usually kick in only if compensation is not available from any other source.’

On a low-cost airline, this attitude is understandable. On BA (‘to fly, to serve’) it looks underhand, disorganised and shabby.

o Cruz has his work cut out if he is going to persuade the paying public that there isn’t another crisis waiting to happen. And with calls for BA to ‘take the crisis seriously’ (implying that so far, it hasn’t) the story is now that things are far from fixed, even if Cruz is pretending that they are.

Apart from Marie Antoinette, the other historical character that comes to mind is Nero. Does anyone else hear the sound of a lyre?