Is the art of political oration a thing of the past? 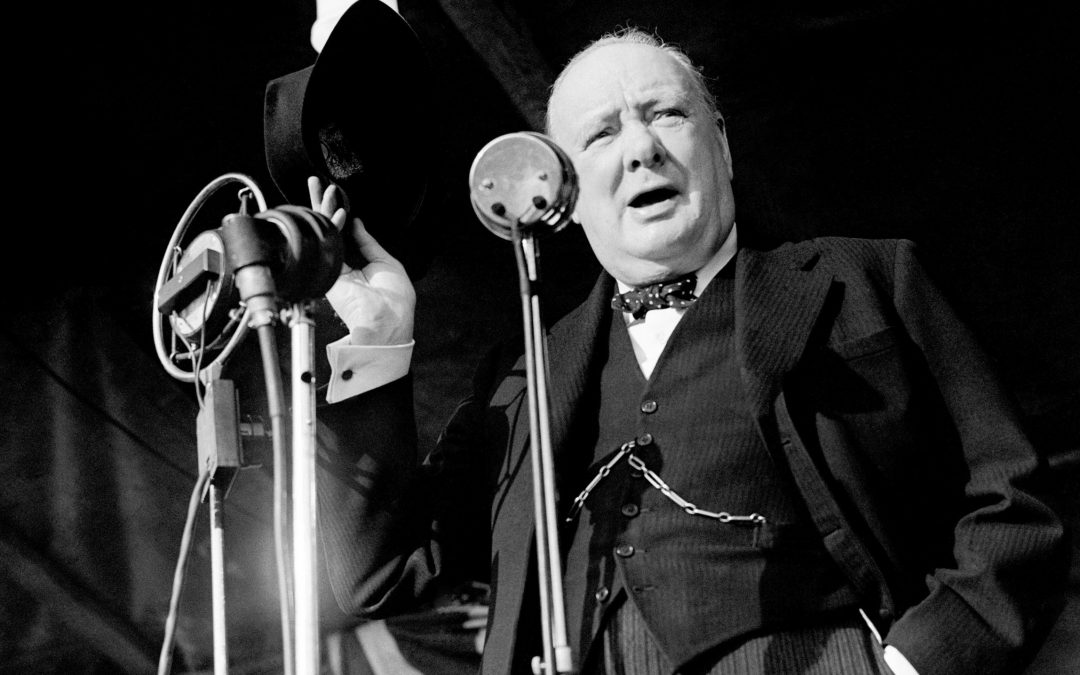 After a summer of political upheavals, parliament itself could be about to move. Yes, the dingy, ‘asbestos-riddled’ Palace of Westminster is in need of a refurb and current proposals would see MPs dispatched to Richmond House and Peers moved to the QEII Conference Centre for up to six years, while the resident rats and mice will be forced into retirement. If plans are agreed, by the time our elected representatives will walk back under the bomb-damaged lintel and into the chamber, we will have had at least two general elections, Labour will have hopefully resolved its leadership issues, and we may even have a dim understanding of what ‘Brexit’ actually means.

But what is a debate in the Mother of Parliaments if it isn’t in the historical debating chamber itself? Andrew Marr’s guests on BBC Radio 4’s Start the Week programme on Monday discussed the need to move (from about 21 minutes into the programme), and found the conversation quickly turn to the potential impact on the quality of political oration.

I immediately have a problem of definition here. What does ‘good’ political oration actually mean? Across the pond, Donald Trump for example, is barely coherent and when he does say something with a bit of substance, it isn’t something we’d immediately jump to support – but there is no denying that his effect on a crowd (of supporters, at least) is electric. Spoken words often don’t look great when written down, but an article about Trump’s views on ‘the cyber’ from Wired magazine is particularly damning.

MP Margaret Hodge is bang on the money when she says, during the Start the Week debate that ‘your performance [on TV and radio] becomes more important than your ability to debate in the House of Commons.’ Arguably, Trump is all about using his oratorical prowess on television, as he’s never held a political post in his life. But will this be enough to get him to the Oval Office? Read more about my views on Trump’s public speaking skills in my previous blog post.

Oration is fine and dandy, but if you’re delivering a speech to an empty House of Commons and there are fifteen viewers and a dog watching on the BBC Parliament channel does it really matter? Isn’t it more important to get that 15-second soundbite that will be seen by millions and repeated across the media for the next news cycles? What’s more important – the badly delivered but undeniable speech that may or may not sway a committee’s vote, or the it’ll-never-happen headline-grabbing ‘we’ll-build-a-wall-and-make-Mexico-pay-for-it’ sort of nonsense that people talk about by the water cooler?

It is tempting to look back on a mythical golden age of political speeches in UK parliament with dewy eyes, cherry-picking the good moments, and pretending that they were normal. So tempting, in fact, that on Start the Week, Robert Harris did just that, before then immediately executing a U-turn: ‘What worries me is…the terrible quality of debates and speeches. Even in the seventies, even in the eighties… there were brilliant wind up speeches, with the possible exception of Hilary Benn’s [recent] wind up in the debate over Syria.’

Did we have any tub-thumping speeches about Brexit that would satisfy the public speaking analysts among us? A few – but Brexit wasn’t about persuading a debating chamber. The Brexit debate happened in homes, in staff rooms, at bus stops, in pubs (literally: Wetherspoons printed pro-Brexit beer mats). Michael Gove spoke to a nagging concern of many when he said that the British people ‘have had enough of experts’ (for the time being, people seem to have had enough of Michael Gove too), and the pro-Brexit vote did, in many ways, highlight again the double-bind politicians find themselves in. The British public generally don’t seem to like ‘career politicians’ who’ve ‘never done a proper job’, and yet we will need some highly skilled diplomacy to smooth over the chaos left by the likes of Nigel Farage, whose heights of oration in the European Parliament extended to insulting a room full of people, knowing that someone else will have to go in and strike a deal on behalf of the rest of us.

But it made good TV, right?

As politics gets more about the media, more grass roots and less about watching people make speeches, I have to ask: is there any value in teaching oration? Or is it regarded, as Andrew Marr mischievously suggests in his programme, regarded as ‘huxterish and disreputable’?

Okay, let’s teach oration, but maybe let’s not call it that. Let’s call it communication, if for no other reason than I’ve got a feeling it’s the sort of word that will make novelist Robert Harris harrumph. It’s a mistake to think that good orators simply hand down a beautifully tuned phrase to their passive, open-eared audience. They don’t. The audience plays a key part in the speech.

I’ve run communication workshops in businesses, organisations, universities and colleges, and constantly struck by how speaking well in public is tied up with leadership. The PS Programmes team ran a memorable session at an adult community college. It took some time to chip through one student’s suspicious exterior, but when she realised that there wasn’t a wrong answer to ‘tell us about your journey here today’, there wasn’t an exam to fail and she was completely in charge of the space, she blossomed. She spoke to an audience as if they were old friends, putting her nerves to one side. She was funny, likeable, opinionated and compelling (yes – about taking a bus). All in the space of a minute.

We found out later she would consider herself lucky to get a pass mark in a single GCSE, yet while our student was on the platform, she showed the sort of charisma and charm that some CEOs would give their teeth to have. Afterwards, she told us that it was the first time she could remember being in a classroom without feeling like a failure, or stupid, or that she was in conflict with the teacher.

Good speaking isn’t about being impenetrable, or showing off vocabulary (though I’ll take ‘huxterish’ as my word for the day). Once again, I find myself reaching for my three golden rules of public speaking: Authenticity, Authority, and Audience. I’m not so sure that oration is dead. Communication is very much alive: we are encompassed by communications, surrounded by soundbites and dizzy with delivery. The challenge for leaders – be they politicians, CEOs, students or whoever has to give a speech – is to be in charge of what they are communicating, through the medium in which they are delivering it. Beginning that learning process at school would be a valuable first step.